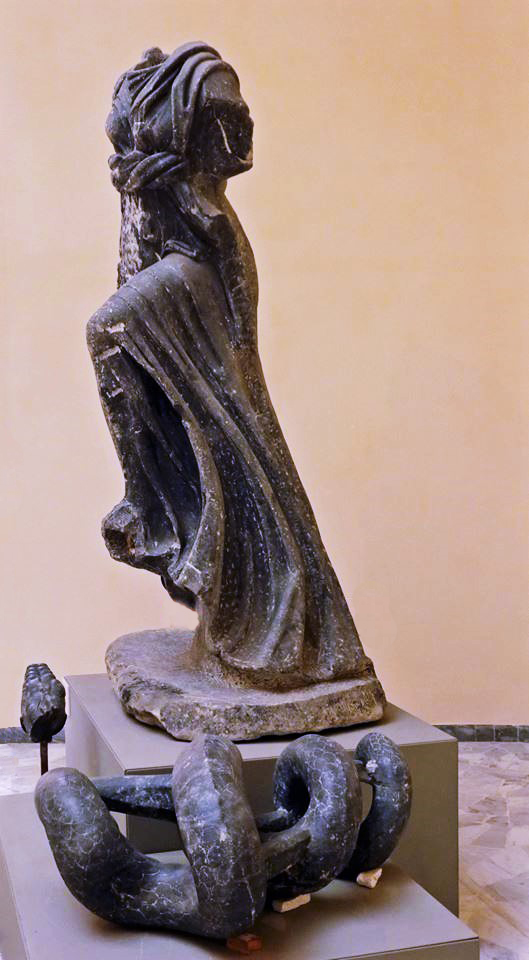 Statue of Isis Pharia from the temple of Isis in Portus, now in the Museo Ostiense In 1969, during the construction of a reservoir on a plot of land belonging to the oil refinery S.a.r.o.m. (Public limited Company of Mineral Oil Refining), several archaeological structures were discovered, that are no longer visible.

Subsequent excavations conducted in 1975-1977 brought to light several structures organised around a trapezoidal courtyard; the norther building was interpreted as a 2nd century AD bath complex, while the southern complex hosted the sanctuary of Iside Pharia, an Egyptian divinity who in the Hellenistic age became the protector of sailors.

The sanctuary of Isis (or Temple of Isis Portuensis) was already known from inscriptions dedicated by her devotees especially during the latest restorations performed in 375-378, shortly before the abolition of pagan cults by Emperor Theodosius I in 380.

The identification of the shrine took place after the discovery of a huge grey marble statue portraying a female figure, wrapped in drapery equipped with the snake Agathodaimon (“benevolent genius”) and displayed inside the Museum of Ostia Antica Archaeological Park.

The area is not open to the public.