As its own name suggests (from the Latin ostium = mouth of a river) Ostia was built at the mouth of the Tiber at the Tyrrhenian Sea. Before the crippling flood of 1557 the riverbed was significantly different from the current one, its waters ran along the northern part of the city and the coastline was closer than it is today to the buildings.

According to the legend, Ancus Marcius king of Rome, founded Ostia in 620 BC as a crucial spot to make use of the salt pans at the mouth of the Tiber. The oldest archaeological remains however, date back much later, to the second half of the 4th century BC, and belong to an armed camp (Lat. castrum) built in tufa blocks: it was built by roman settlers to protect the river’s mouth and the Lazio coast. 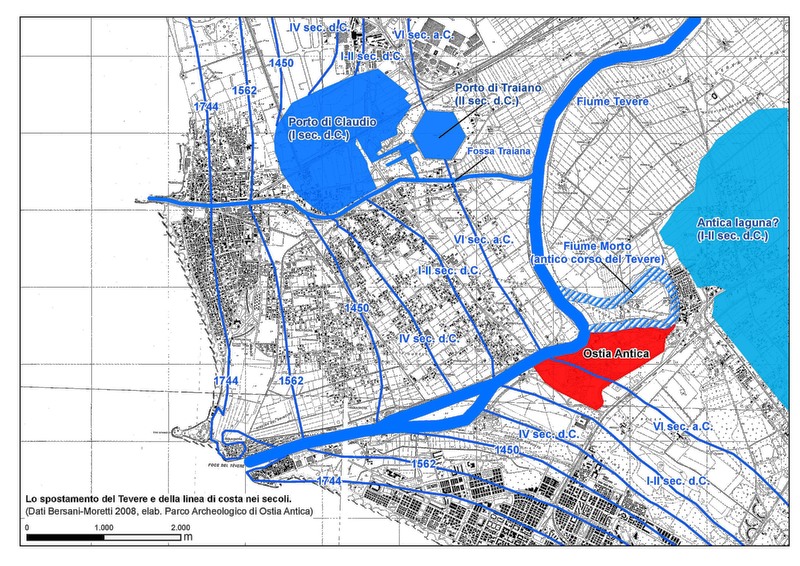 With Rome’s expansion it came to control all Mediterranean trade routes (2nd century BC), and Ostia lost its military role in order to become Rome’s major port and trading center (Lat. emporium).

In the late Republican period Ostia was already a flourishing commercial center, surrounded by walls and gates: Porta Romana, Porta Laurentina and Porta Marina. Right outside the walls, flanking the roads leading to the city gates (via Ostiense, via Laurentina) were the burial places for ordinary people and citizens; in the east part, facing the ancient shore, were the funerary monuments of the wealthiest people.

In the 2nd century AD Ostia, at the height of its prosperity (some estimates suggest 50,000 inhabitants), changed to a commercial harbour connected to the Imperial Harbours of Claudius and Trajan. The city was enriched in this period by the rebuilding of the Forum, new baths, public warehouses (Lat. horrea), guild seats (Lat. scholae),multi-storey residential buildings (Lat. insulae) and the Capitolium (the main temple of the city dedicated to the Capitoline triad). 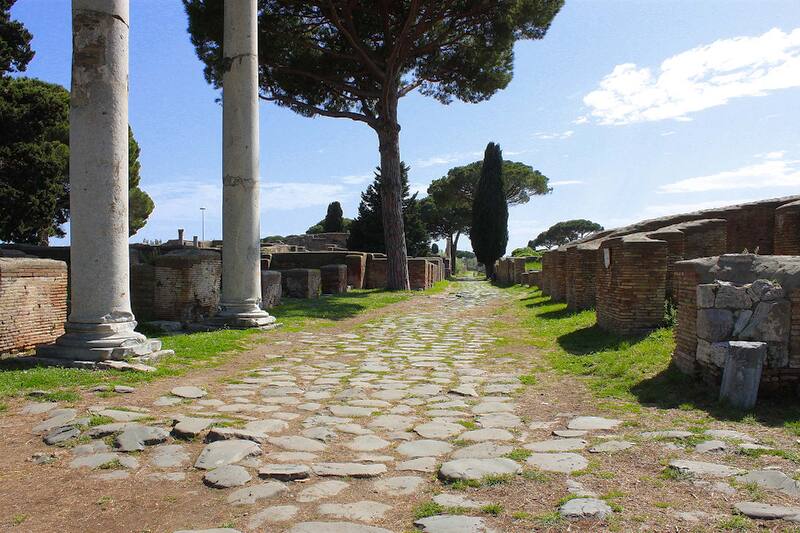 View of the decumanus maximus next to the so-called "Macellum"

Since about the mid 3rd century, much of the commercial activities were moved to Porto; literary sources draw the image of a city abandoned and fallen into decay by the mid 6th century. Navigating the river was not safe anymore, and via Ostiense was covered in mud and scrub.

Tips for the visit:

Due to the rough conditions of the walking paths, it is recommended to wear comfortable clothing and shoes.

Left luggage service is not available.

Audioguides, bookshop, cafeteria and wardrobe are not available at the moment. 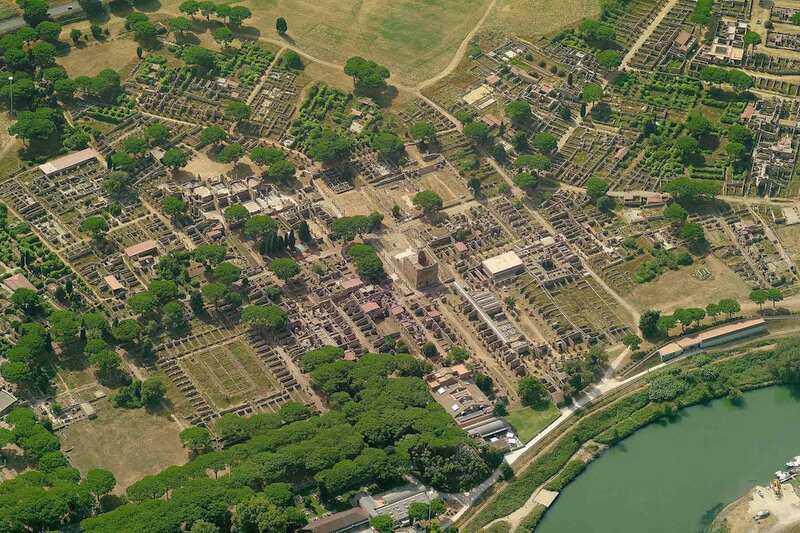