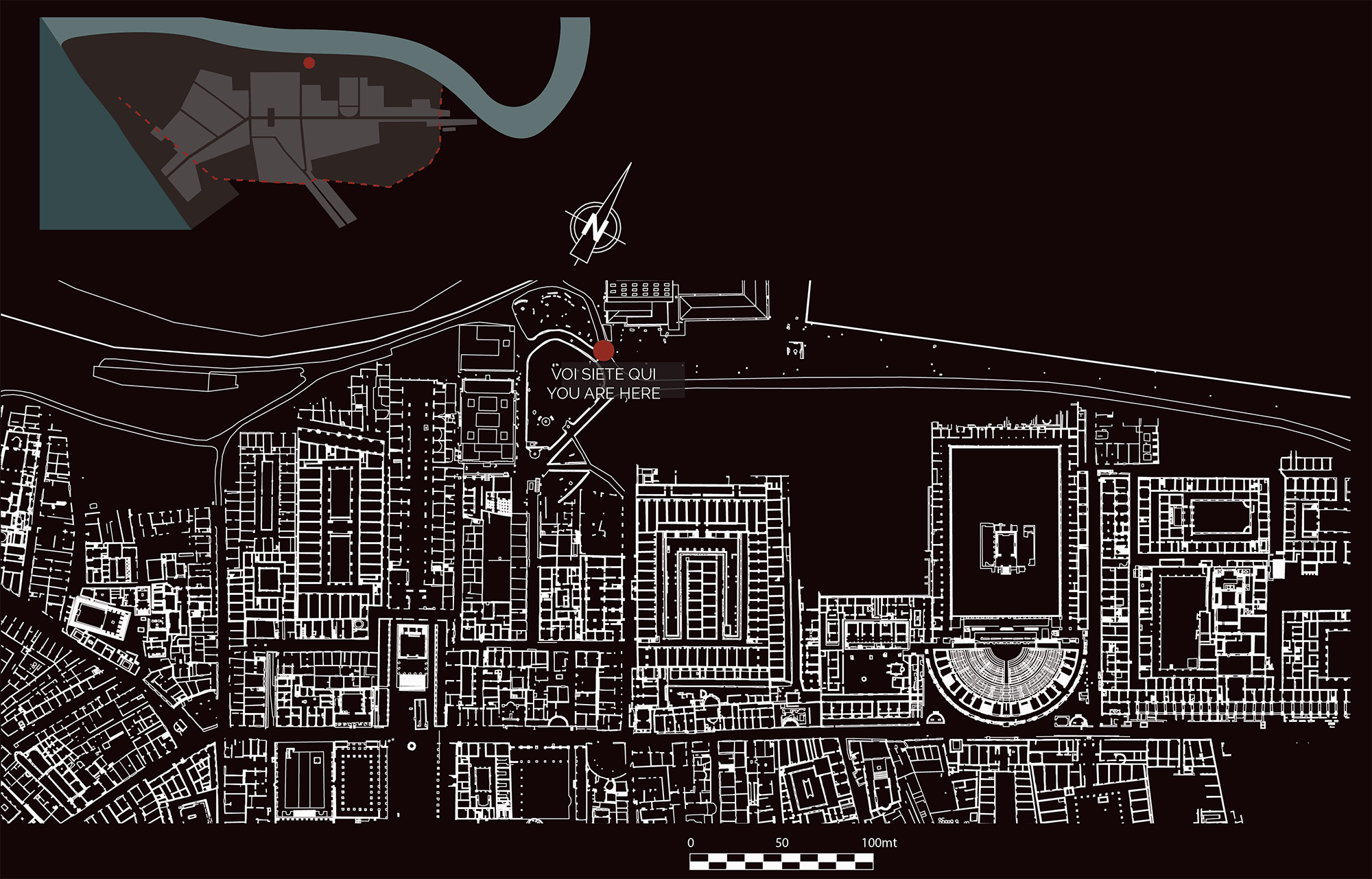 Dolia are large terracotta containers, roughly spherical in shape, used from the Republican period to the Middle Ages to hold liquid foodstuffs like oil and wine. They often bear inscriptions indicating their capacity, measured in amphorae and generally equal to or over 1000 litres, or stamps providing information on their manufacture: three of the specimens on display preserve stamps indicating that they came from Minturno, in southern Lazio, and their date (around the mid-1st century AD). 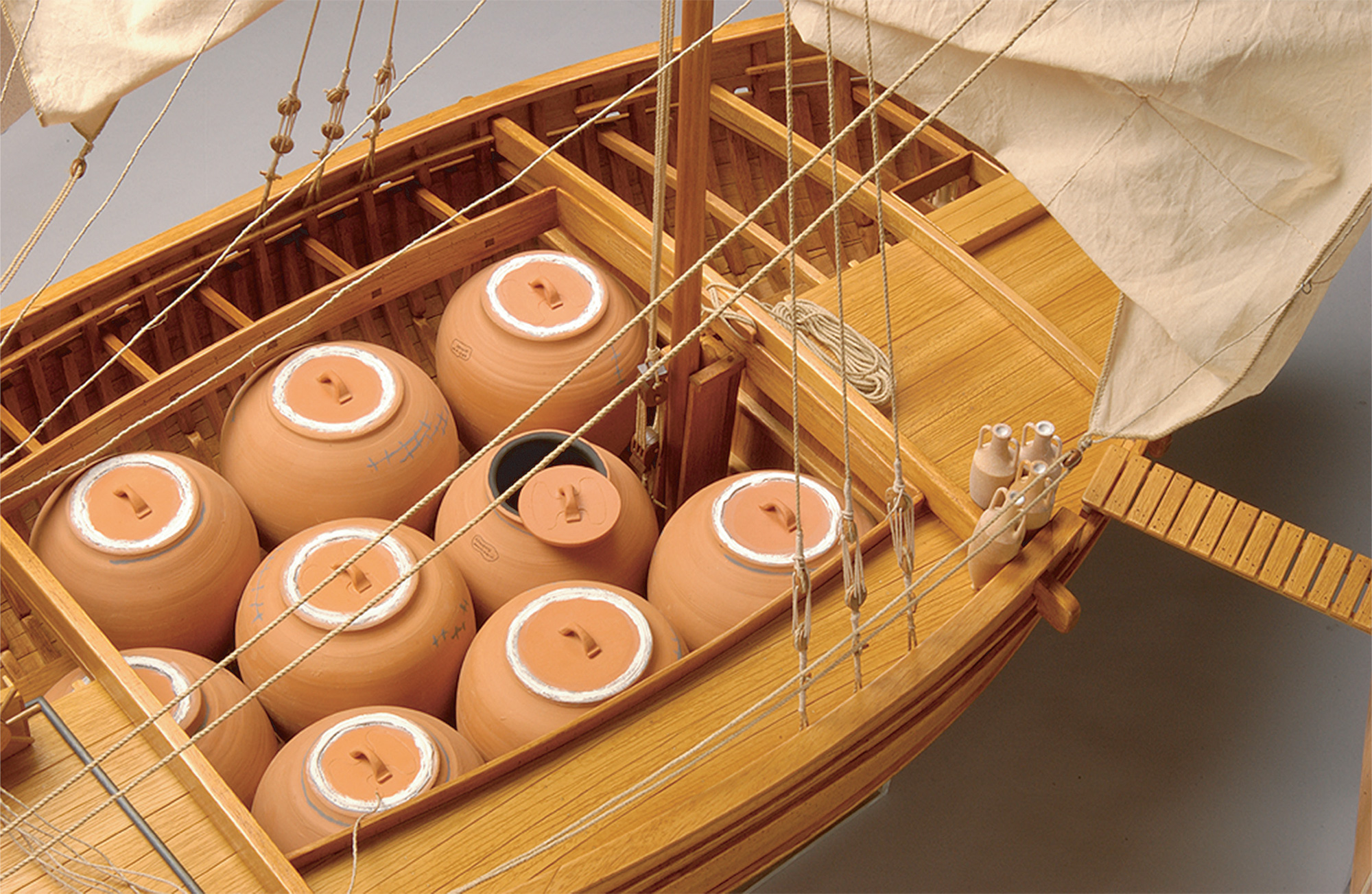 Reconstruction of a ship with a cargo of dolia
(M.B. Carre, R. Roman, CCJ, CNRS, Aix-en-Provence)

Dolia were used both to transport and to store goods: those on display, recovered at different times off the coast of Lazio, certainly belonged to the cargoes of the merchant ships that plied the Mediterranean; by contrast, the buried dolia (known as dolia defossa) that can be seen in many of Ostia’s buildings, such as the Caseggiato dei Doli and the Casa di Annio, were used for storage. 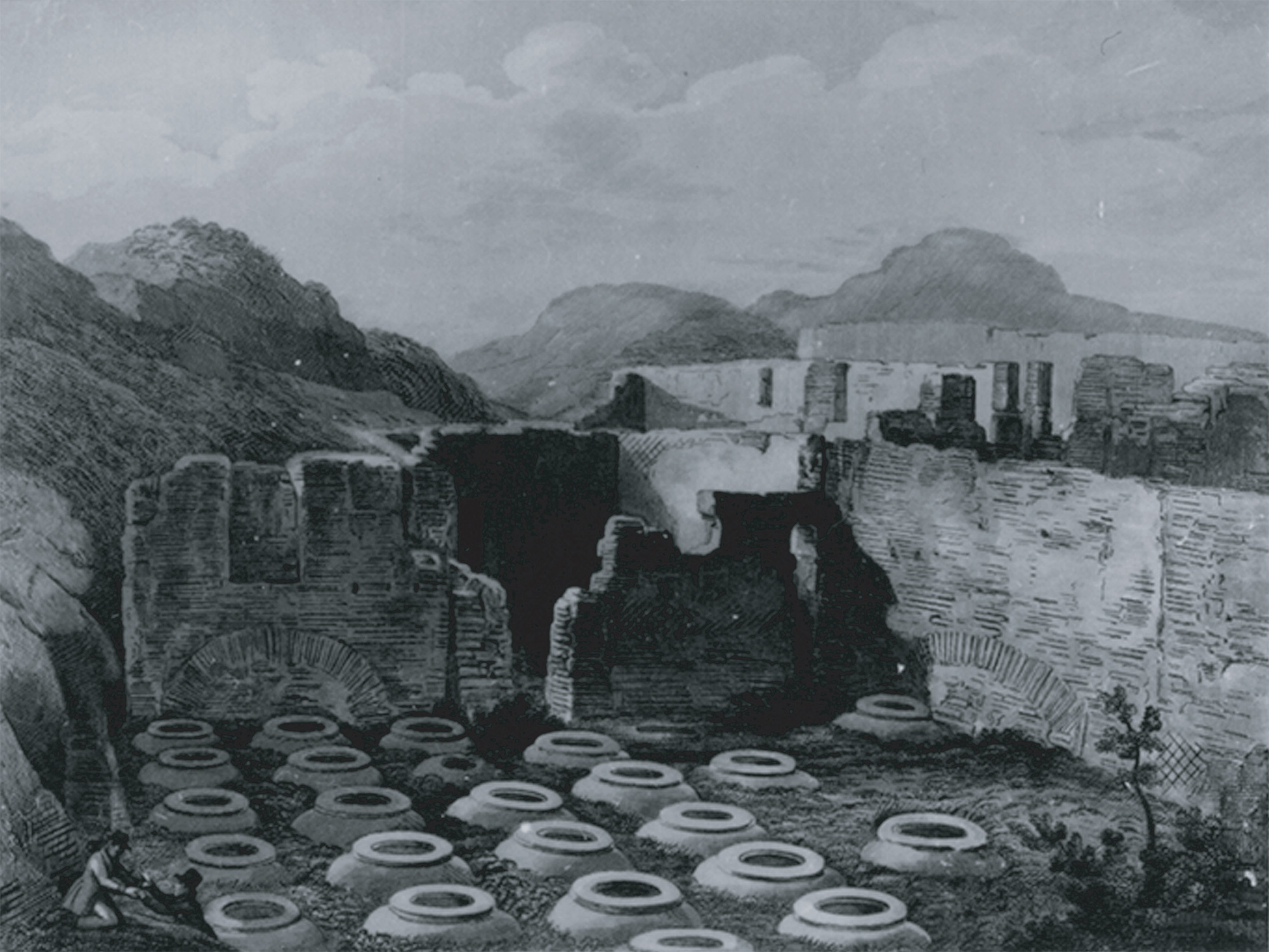