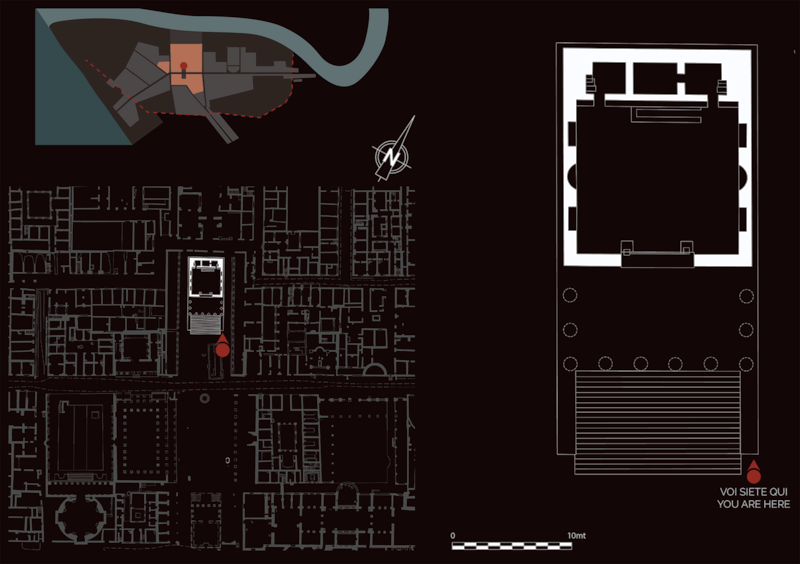 The city’s main temple, dedicated to the Capitoline triad (Jupiter, Juno, Minerva) was built on the north side of the Forum during the Hadrianic period, in around AD 120.

It stands above an earlier cult building dating to the 1st century BC, probably dedicated to the same gods and located where the Cardo crosses the Decumanus. 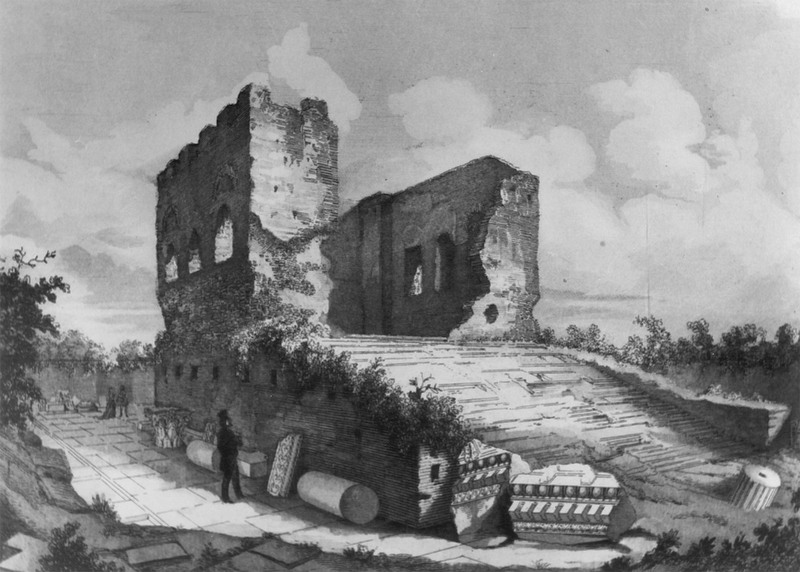 The 1st-century BC temple was in turn built on top of an older public building, remains of which can be seen in a test pit in the Forum square.

The Hadrianic Capitolium visible today, erected on a high podium, was built entirely of brick and faced in marbles (which no longer survive).

The cella, preceded by a porch with six columns along the front and two at the sides, has a monumental marble threshold at the entrance; inside, the statues of the three gods originally stood on the podium set against the back wall. 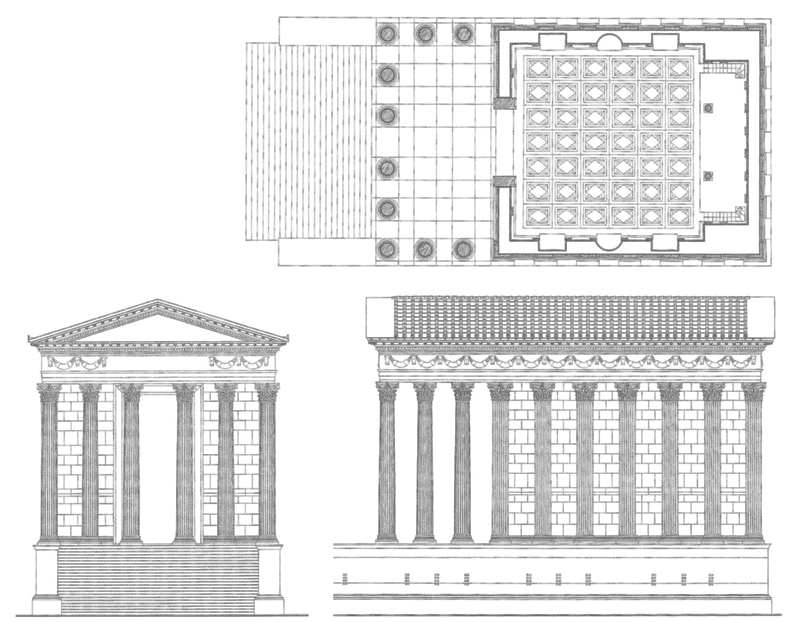 Plan and elevations of the Capitolium
(C. Albo)