The Coastal Districts and the Maritime Domus 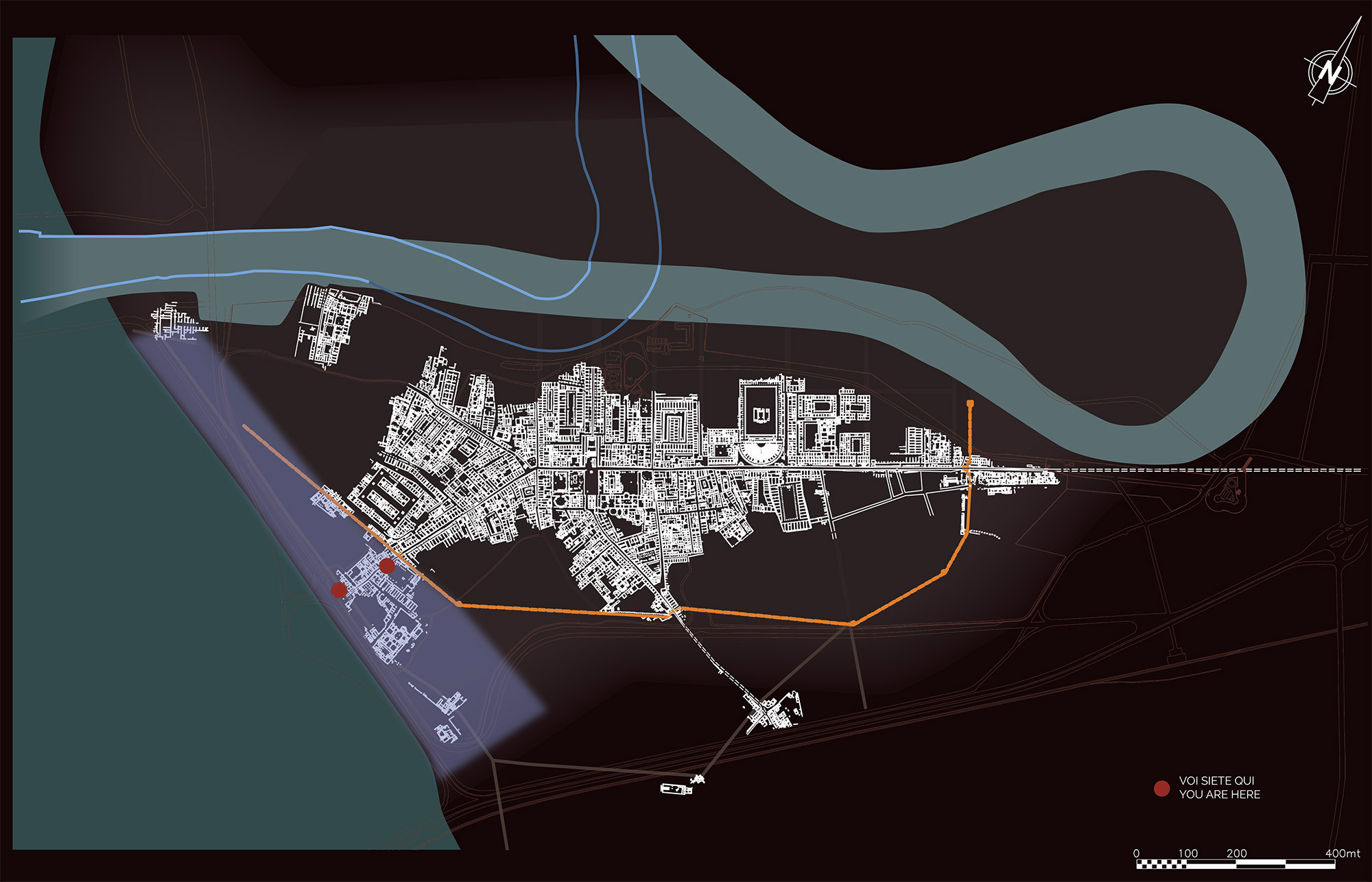 The sector of the city lying between the Republican wall circuit and the ancient coastline was initially used as a burial area, as shown by two monumental mausoleums of the late 1st century BC, the best known of which is the tomb of Cartilius Poplicola.

The development of this district, encouraged by the construction – perhaps already in the 1st century AD – of an embankment to protect it from the tides, is evidenced by the increasing concentration of residential, commercial and bath complexes during the Imperial period. Among the latter, the Terme di Porta Marina and the Terme Marittime stood out for their size and luxury.

The coastal strip also hosted religious buildings, including the Synagogue where Ostia’s Jewish community met from the mid-1st century AD.

The district flourished particularly in the late Imperial period, following the monumentalization of the coastal road linking southern Lazio with Ostia and Portus (Via Severiana).

A building with fine marble decorations (perhaps a luxurious domus of the 4th century AD) impeded passage between the stretch of the Decumanus outside the city and the coast, standing in a striking position over the sea near the ancient embankment.

The vitality of this district in late antiquity is also shown by the continuity of use of some bath buildings up to the 5th century AD. 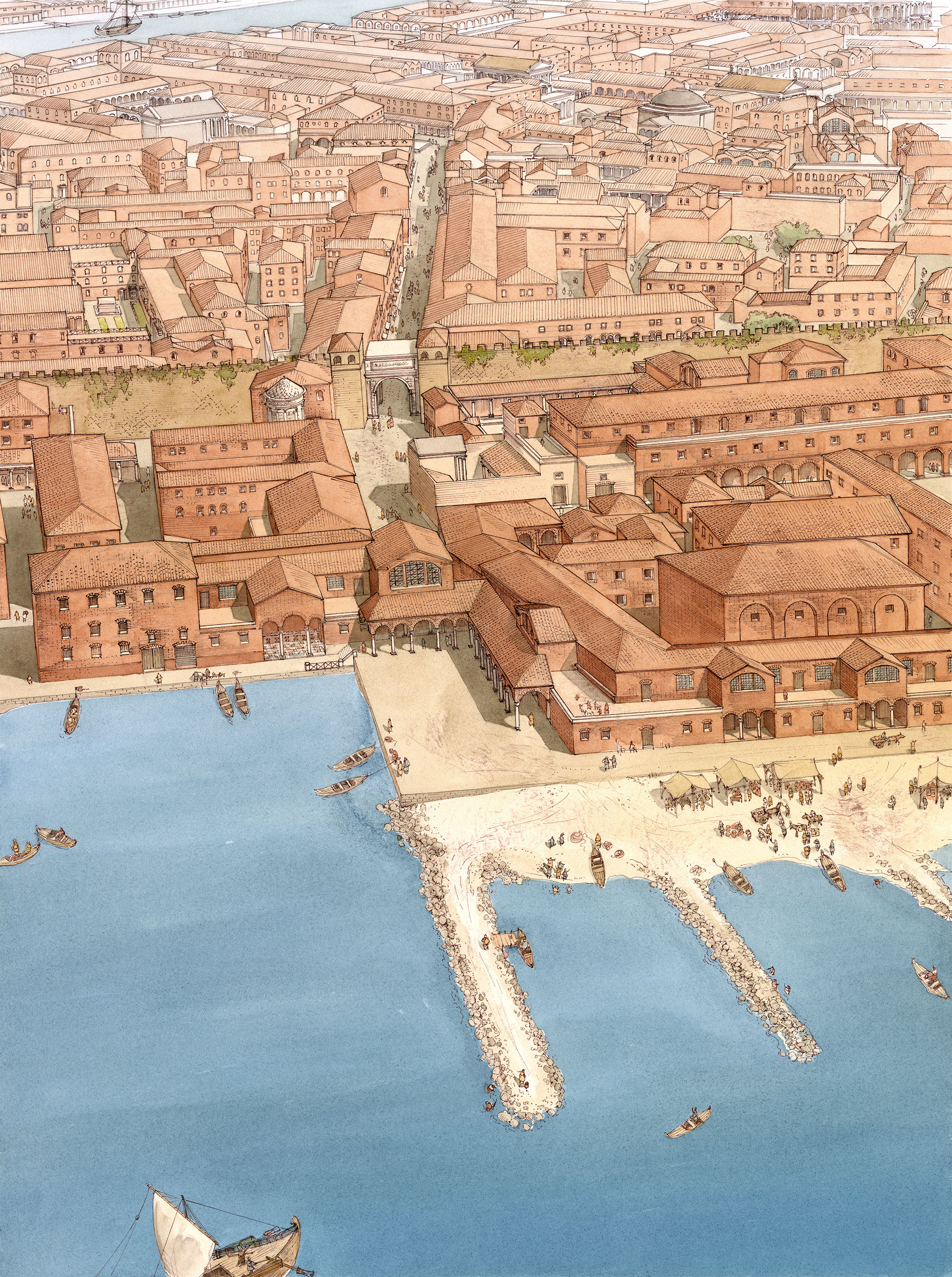