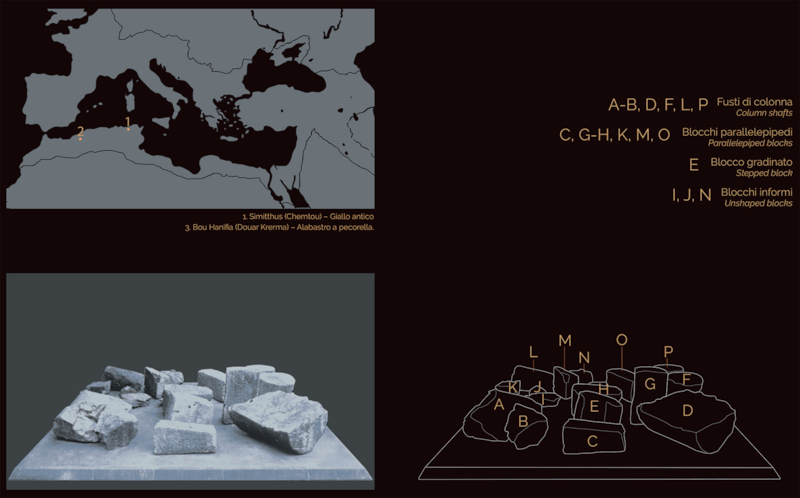 Giallo antico marble was imported to Rome from the late 2nd century AD.

It was used especially for revetment panels and column shafts, of which a generous donation to Ostia by the emperor Tacitus (AD 275-276) is documented.

The blocks on display here, imported already in the 1st century AD, were used only in a late period, as shown by their discovery in the building of the opus sectile outside Porta Marina.

The block of alabastro a pecorella from Algeria and the two column drums in alabastro listato (or fiorito) from Asia Minor, similar to others found in Rome, must have been intended for the production of revetment panels.