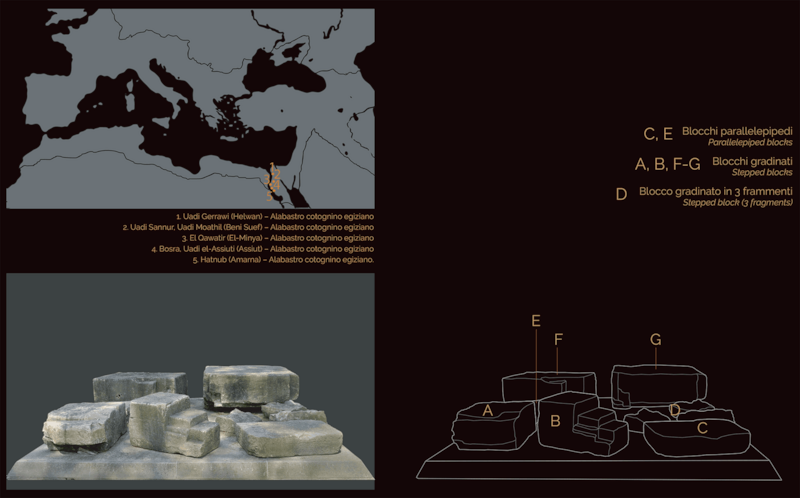 Egyptian onyx, one of the most prized alabasters of antiquity, was used from a very early period both for furnishings and as an architectural decoration for various types of buildings, in particular luxurious residences.

Lucan provides a vivid description of the sumptuous palace of Cleopatra, in whose floors onyx was used in abundance.

Rome, Antiquarium of Via Lucrezia Romana. Basin in Egyptian alabaster from the suburban area of Rome
(Bruno M. 2018)

Egyptian alabaster is often depicted in Roman wall paintings, as in the Casa dei Grifi on the Palatine, showing that it was used for revetment panels; the quarried blocks on display here must have been destined for the production of such panels.