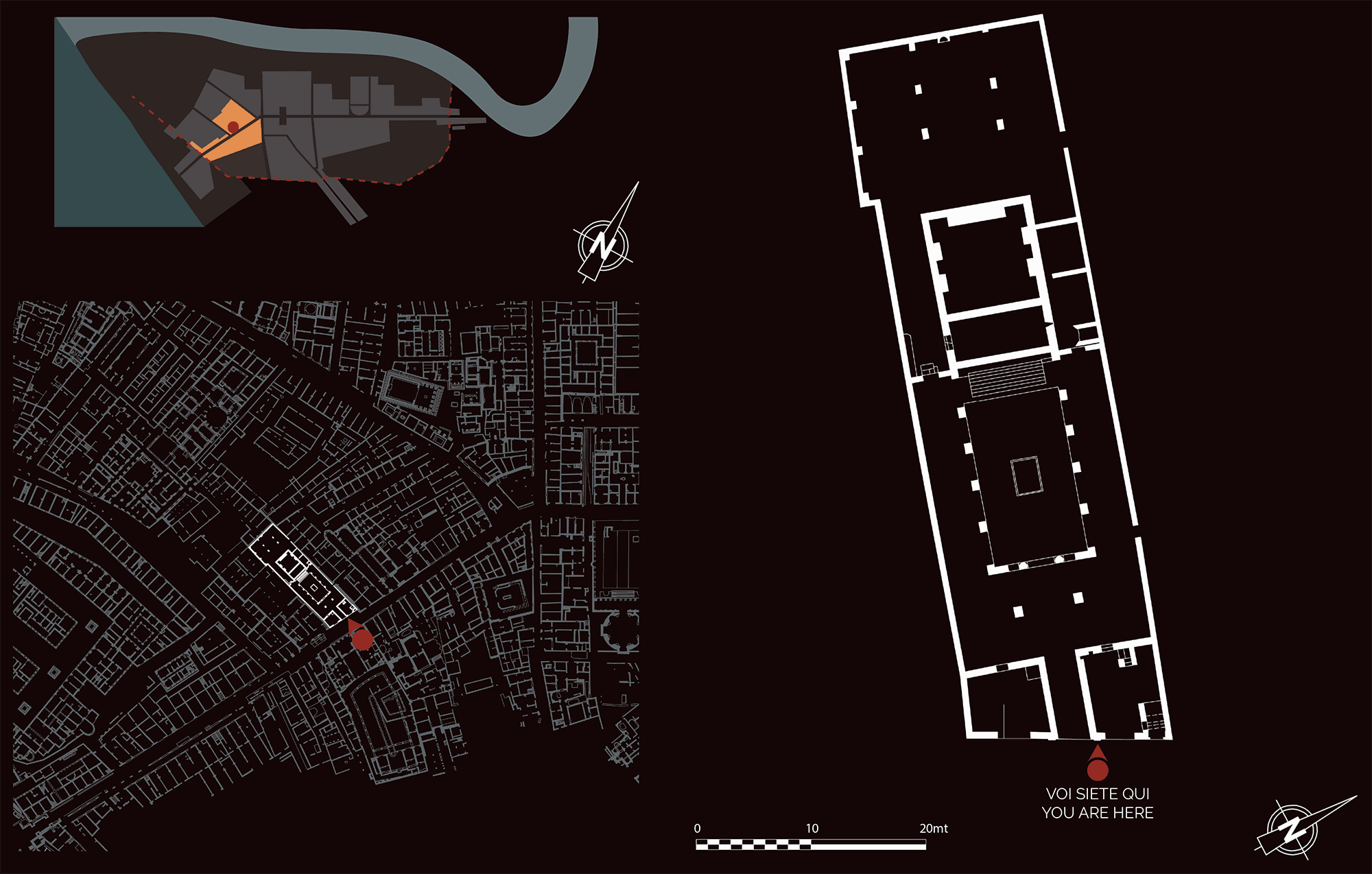 Built at the time of the emperor Commodus (late 2nd century AD), the temple was erected at the far end of a porticoed courtyard.

The base of a statue with an inscription commemorating Martius Philippus, patron of the fabri navales (the corporation of ship builders, the city’s most important), responsible for building the temple, survives in the courtyard. 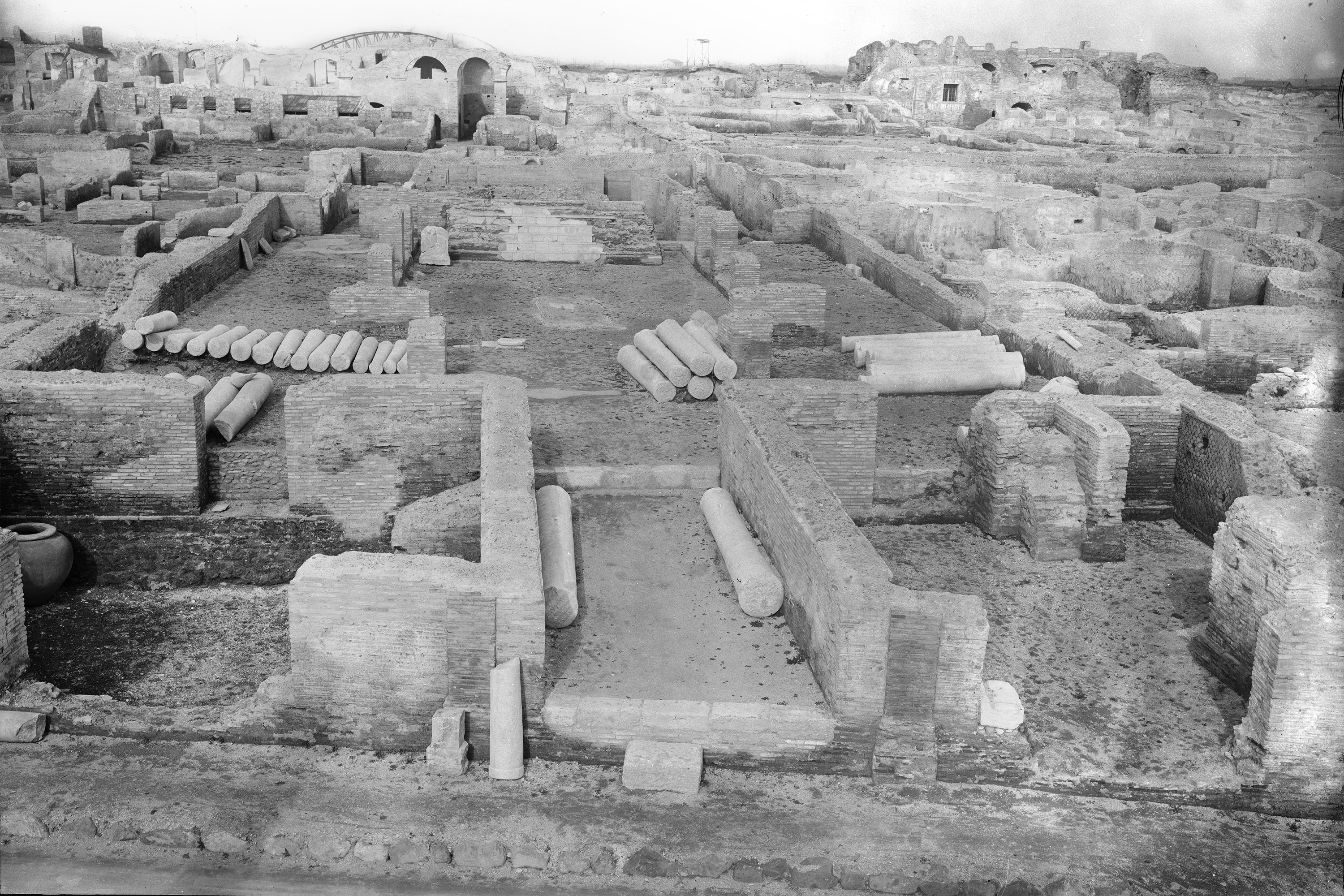 General view of the temple during the excavations

In the area around the building are heaps of columns, made of Greek marble, some of which bear the inscription “Volusianus”: the latter should perhaps be identified as a member of the Roman aristocracy involved in the trade in valuable marbles, perhaps Volusianus Lampadius, urban prefect in AD 365-366, or his descendant of the same name who held this post in 417-418.