The Via Ostiensis Necropolis

Starting from the 2nd century BC, tombs of various types began to be built on the south side of the Via Ostiensis outside the city, gradually increasing in number to occupy increasingly large areas and sometimes superimposed on one another. There are no tombs on the north side of the road because the strip next to the Tiber was considered public land. The first funerary monuments were open-air enclosures in which cremations took place; later, columbarium tombs were built with cinerary urns placed in small niches along the walls. Between the 2nd and 3rd centuries AD, burial prevailed: the deceased were placed in terracotta or marble sarcophagi, but also in simple graves dug into the ground and covered with tiles. Based on the surviving inscriptions, we can identify magistrates and prominent individuals from Ostia among the owners of the sixty or so funerary monuments found in this area. 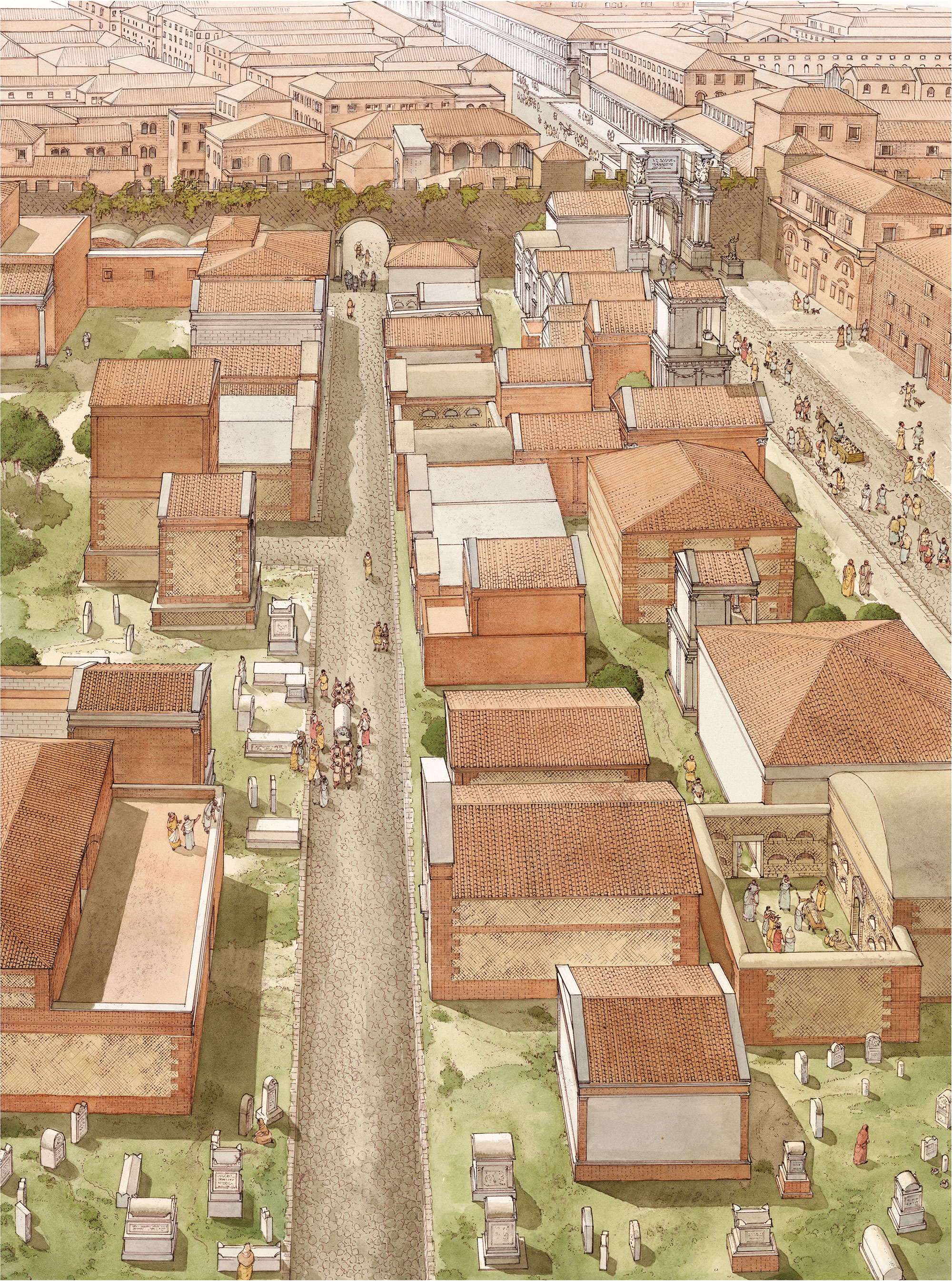